A blood film looks at our three cell types (erythrocytes, leukocytes & platelets) under a microscope to identify any abnormalities to give visual clues regarding the functional state of the bone marrow & any systemic diseases.

You should treat this article as a reference for where you can read up on differentials based on the blood film reports you read.

Whilst reviewing a blood film seems like a job specifically for a haematologist, being able to interpret the report of a peripheral blood film can help support your clinical assessment. As a doctor, you can correlate what you see in front of you with the blood film report much like how you’d interpret a chest x-ray or the trend in inflammatory markers.

Whenever in doubt, a call to a haematologist can help makes things a lot clearer.

Find top paid locums near you with Messly. Check them out!
I'm interested

First, look at the Full Blood Count (FBC) – this also may be known as a complete blood count or CBC. Here is a list of common abbreviations and their meaning:

The report usually then comments on the appearance of each cell type and then finally any other abnormalities.

1. Erythrocytes (Red Blood Cells)
• The size, shape, membrane changes, colour and stippling are noted, as well as any inclusion bodies e.g. Howell – Jolly or parasites.
• Other abnormalities such as red cell rouleaux, red cell nucleation and the occurrence of reticulocytes.

2. Leukocytes (White Blood Cells)
• General observations such as number and morphology are described, as well as certain abnormalities including such as toxic granulation or dysplastic changes.
• Presence of abnormal cells is very important e.g. leukaemic blast cells

3. Platelets
• The number, size and shape are commented on.

Normal, healthy erythrocytes (RBCs) are pink, biconcave discs, roughly all the same size, shape and colour (all have a “central pallor” which indicates the biconcave shape). Morphological abnormalities are rarely specific to a single condition but do give clues about the functional problem causing the abnormality.

Written below are the most common abnormalities and their significance.

There is a lot of information here. The functional significance is useful to learn but given the non-specific nature of the abnormalities, the listed pathologies are better used as a reference.

Functional Significance:
RBCs decrease in size as they mature, so the presence of abnormally large RBCs indicates either disordered erythropoiesis or immature release from the bone marrow.

3. Anisocytosis Functional Significance:
Variation in RBC size. The more anisocytosis there is the bigger the RDW will be.

Functional Significance:
Impaired staining of RBCs due to reduced Hb in RBC.

Functional Significance:
Reticulocytes are immature, oversized RBCs released from the bone marrow to circulate for around 1 day before maturing into erythrocytes. They should only comprise of about 1-2% of total RBCs and are a good indicator of bone marrow activity.

Functional Significance:
Nucleated RBCs are a precursor of reticulocytes and still have a nucleus. They should not normally be seen in an adult blood film and are pathological (leucoerythroblastosis). The circulating erythroblasts can be normoblasts (normal maturation), or megaloblasts (megaloblastic changes)

They are released into the bloodstream when:

b) Erythropoiesis is taking place in the spleen

c) There is bone marrow infiltration by cancer cells

Functional Significance:
• Rounded RBCs that have lost their biconcave shape due to membrane loss (usually in the spleen) and become spheres.
• This usually indicates active haemolysis.
• As a result of the shape, they cannot bend through capillaries as easily.

Functional Significance:
• Similar to spherocytes but elliptical.
• Can cause fewer haemolysis symptoms than spherocytes due to less abnormal shape

Functional Significance:
• Oval/rectangular area of central pallor due to a loss of concavity on one side

6. Codocytes (Target Cells/Mexican hat cells) Functional Significance:
• Central area of increased staining surrounded by a ring of hypodense straining and a further ring of dense staining at the edge of the cell.
• Occurs due to an increase in the surface membrane to volume ratio, either by increased membrane surface area or decreased intracellular haemoglobin.
• Not specific

Functional Significance:
• Like codocytes but with thin borders that are also severely hypochromic

Functional Significance:
• Fragmented RBCs – caused by intravascular strands of fibrin or spleen dysfunction as the spleen removes RBCs from circulation.
• Small amounts can be seen in a normal individual.

9. Dacryocytes (Teardrop cells) Functional Significance:
• Due to compression of RBCs during release either from a fibrosed bone marrow or extramedullary haemopoiesis (RBCs produced outside the bone marrow e.g. Spleen)

11. Keratocytes (Blister cells) Functional Significance:
• Cytoplasmic projections that fuse together creating a vacuole on the edge of the membrane, giving the appearance of a blister, created by inclusion bodies being removed by splenic macrophages, or by impalement of the RBC by fibrin strands, and the membrane reforming to produce the vacuole.

Functional Significance:
• Describes where the splenic macrophages have removed part of erythrocyte (e.g. to remove Heinz bodies – see below).
• If a blister cell ruptures it becomes a bite cell.

13. Acanthocytes (spur, thorn cells) Functional Significance:
• Spiculated (spikey / irregularly edged cells) RBCs with 3-20 irregular spicules.
• They are microcytes and lack central pallor unlike echinocytes.
• The cell membrane damage is due to a decrease in membrane cholesterol

a) Burr Cells: type of Echinocyte, found in patients with uraemia

b) Crenated cells: type of Echinocyte, normally due to storage or EDTA artefact

Functional Significance:
• Stacks/clumps of RBCs which develops when plasma acute-phase protein concentration is high.
• Often an indicator of a high ESR.

2. Agglutination Functional Significance:
• Indicative of bound RBC antibodies.
• Distinguished from Rouleaux by diluting the blood with saline, rouleaux is dispersed but agglutination is not.
• Can falsely increase the MCV

Functional Significance:
• Describes the presence of small granular bodies (denatured RNA fragments) within the RBC cytoplasm due to disordered/accelerated erythropoiesis meaning RBCs with immature cytoplasm are released from the bone marrow.

The haematologist will sometimes give an opinion about differential diagnoses based on the film appearance and the clinical information provided, but it is useful for you to be able to recognise the abnormalities and patterns yourself. For example:

“Hyposplenic film” is a description of the collection of abnormalities found in these patients. They include Howell-Jolly bodies, target cells, occasional nucleated RBCs, lymphocytosis, macrocytosis and acanthocytes. There may also be evidence of infectious mononucleosis, any viral infection, toxoplasmosis and drug reactions.

Functional Significance:
• The term for severe neutrophilia with left shift

Functional Significance:
• Compensatory increase in microbicidal granules in the cytoplasm

Functional Significance:
• Vacuoles appear as holes in the cytoplasm

Functional Significance:
• Presence of variable sized granules that can be found in neutrophil blasts, lymphocytes and monocytes
• Indicates a lethal metabolic disorder

Associated Pathologies:
• Can commonly occur with viral infections
• Corticosteroid use
• Various acute illnesses
• HIV/AIDS
• Seen in association with several congenital diseases of the immune system
• Antineoplastic or radiation use

b) Relative Lymphocytosis: higher proportion of lymphocytes making up WBCs but the total count is normal

a) Increased number of eosinophils

Thrombocytopaenia (decrease in number) can result from:

Thrombocytosis (increase in number) can result from:

Megathrombocytes (increased size) are caused by hyperactivity of megakaryocytes due to increased demand commonly due to B12/folate deficiency or myeloproliferative disorders, or more rarely due to congenital thrombocytopaenic conditions (Bernard-Soulier syndrome, May-Haggelin anomaly (along with Dohle-doy inclusions) or Wiskott-Aldrich syndrome).

Platelet hypogranularity is seen in myelodysplastic syndrome and myelofibrosis, along with megakaryocytes.

No votes so far! Be the first to rate this post.

We are sorry that this post was not useful for you!

Prescribing analgesia
When assessing pain, ensure you begin by taking a history to...
How to Be Prepared for the MSRA
The Multiple Specialty Recruitment Assessment (MSRA) is a computer-based... 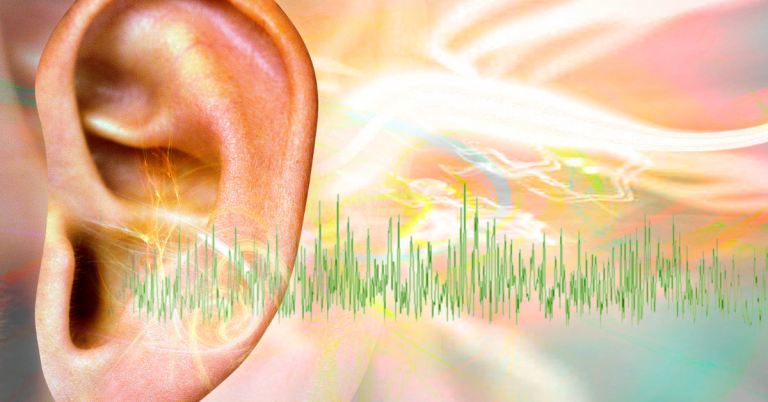 Tinnitus
Tinnitus is a common and debilitating medical symptom encountered...

Passing the Prescribing Safety Assessment (PSA)
The PSA is aimed at final year medical students and those graduating overseas to assess their competency...
Junior Doctor Pay Calculator
We’ve created a junior doctor pay calculator which will help you better understand your salary,...
Referral Cheat Sheet
Our referral cheat sheet is our most popular resource having been downloaded thousands of times! It has...
Audits & Quality Improvement Projects (QIPs)
Audits & QIPs are a way to identify issues, drive changes and assess the effects they have. It is...
Fluid Balance
Almost every patient admitted to hospital receives IV fluids at some point in their journey. However,...
How to take a psychiatric history
Psychiatry, as a specialty is unique in that diagnostic methods, rely very heavily on symptomatology,...
e-Portfolio
Your e-Portfolio is an online tool to gather and store evidence of progression throughout your time as...
Click "Accept" to consent to our privacy policy & disclaimer.
Accept
Privacy & Cookies Policy

This website uses cookies to improve your experience while you navigate through the website. Out of these, the cookies that are categorized as necessary are stored on your browser as they are essential for the working of basic functionalities of the website. We also use third-party cookies that help us analyze and understand how you use this website. These cookies will be stored in your browser only with your consent. You also have the option to opt-out of these cookies. But opting out of some of these cookies may affect your browsing experience.
SAVE & ACCEPT
Powered by

Join over 25,000 users who have signed up for our free weekly webinars, referral cheat sheet & other amazing content!